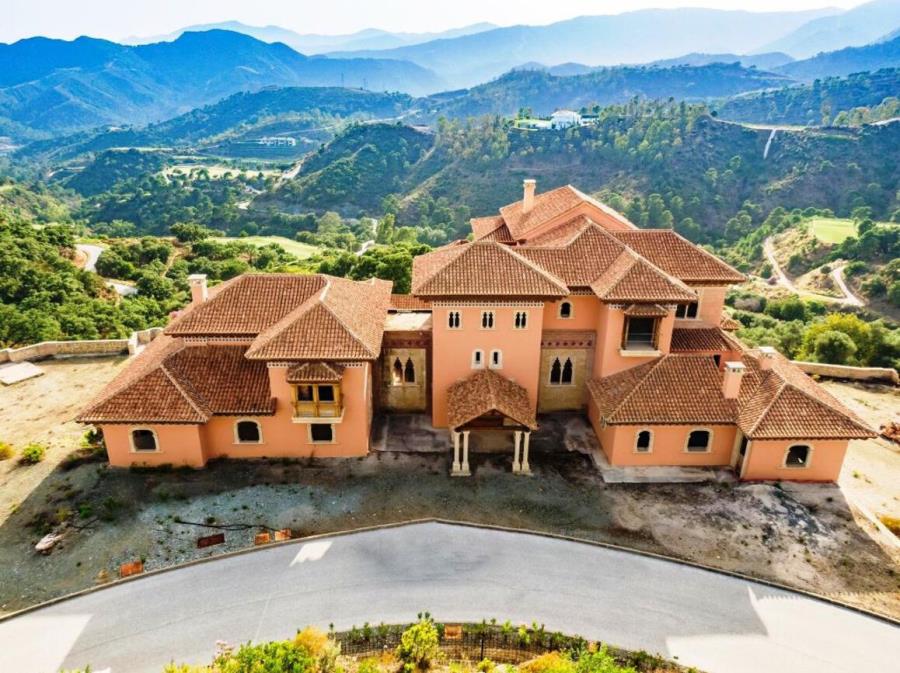 …offers an exclusive Arab-Andalusian style palace of new construction in La Zagaleta. The property has 6.700 square metres of plot and 2.160 square metres of interiors distributed as follows: basement (800 m2), ground floor (800 m2), mezzanine (150 m2) and first floor (410 m2). Other rooms and facilities include: a double-height living room, library on the mezzanine, outdoor swimming pool with waterfall and indoor heated pool with gym and Spa, indoor garage for 6 vehicles, stepped wall with guard posts around the perimeter of the estate and fountains, lakes and ponds distributed throughout the grounds. The construction qualities are excellent: limestone carvings on window frames, latticework, façade columns and vaults, white marble on columns in the Andalusian courtyard, carved wood on columns, railings, overhangs and capitals, coffered ceilings with tiled panels and polychrome wooden vaults.

The property is located in La Zagaleta, the most exclusive urbanisation in Europe, situated in the heart of the Costa del Sol, a few kilometres from Marbella and 60 km from Malaga airport by motorway. Thanks to the orography of the mountain in which it is set, it enjoys spectacular views of the Mediterranean Sea, the Strait of Gibraltar, the African coast and its splendid 18-hole golf courses. The latter belong to the development’s private Country Club, for the exclusive use and enjoyment of La Zagaleta’s residents, members and guests, with a high level of security, privacy and numerous facilities. The Club also has a restaurant, bar, swimming pool, billiard room, bridge room, events room, tennis courts and a heliport for civil aviation. In addition to this, the equestrian club offers members the possibility of riding any of the Spanish or Arabian horses in its stables, with ponies for the youngest members and facilities to accommodate the owners’ horses.